Hellloooo everyone! Welcome to my first-ever monthly strategy brief over UT Dallas’ Mascot (“Temoc”) TikTok Channel! In case you didn’t know before — I lead our strategy and content for Temoc’s TikTok and helped start it back in 2020 with the goal of connecting with students (both at our university and around the world) digitally through trends & relatable content.

TLDR: I’m going to break down the content and strategy used for our TikTok Channel for Temoc (the Mascot of The University of Texas at Dallas). In addition, I’ll cover how I work closely with the university’s mascot, marketing team, and the Division of Student Affairs in helping short-term video content that brings together students over a new medium.

1. Eat Your Vegetables!!! Starting off October strong by posting on October 1st with the trend-at-the-time “Eat Your Vegetables!” A simple but fun little dance to the trend where you would jump into frame and simply spin as the music queue’d. While this was one of our simplest TikToks, we kept it blank so we can re-purpose the video itself on other platforms to add text advertising our Temoctoberfest (UTD’s new annual tradition in the month of October to replace Homecoming).

2. Student ID Camera Effect. After discovering a super cool Snapchat filter created by a UTD student that would turn your Comet Card (Student ID) into a hologram of Temoc’s head — knew we had to immediately create a TikTok using it. We recorded a few-second shot of pulling out the Student ID and the camera effect activating — creating a stunning visual animation of the mascot’s face coming out. This TikTok received 97,800+ views, 8,100+ likes, 195 comments, and 473 shares.

The video was one of our most performing videos in this strategy report, and here are my takes on why:

3. Couch Guy TikTok. But which side of Couch Guy TikTok were you on?! In early October a video went viral known as the “Couch Guy” where a girlfriend surprise visited her boyfriend at college. The video went viral following tons of conspiracy theories from the video of if the guy was cheating, if there was something going on, etc. etc. as the guy’s facial reaction probably wasn’t what many people would have expected from a boyfriend seeing his girlfriend for the first time in a while.

Here’s why this video did well:

4. Temoc’s National Coming Out Day. October 11 is National Coming Out Day — and here at UT Dallas the Gender Center & Diversity Office help put on an event to recognize the day, and celebrate PRIDE. Temoc attended this event and for the first-time-ever wore the LGBTQ+ flag and shirt and came out with this TikTok Video. Along with the university’s messaging on accepting and welcoming Comets, Temoc “loves everybody and everything — especially Comets! ❤️”

Again with our strategy for Temoc’s Tiktok, we’re not creating content with the goal of impressions or views — but to be relatable, friendly, and supportive. Temoc’s Coming Out TikTok & Day was to reinforce messaging that everyone at UT Dallas is loved, welcomed, and appreciated.

Along with creating this super cute TikTok video of Temoc utilizing the trend of “They’ll never love you like I can can can can…” (which was perfect timing with National Coming Out Day), Temoc got some cute photos in his UTD PRIDE Shirt + LGBTQ+ flag for Instagram. This post was posted on National Coming Out Day, celebrating and supporting all LGBTQ+ students (and is Temoc’s most performing post to date). This video is special inside this TikTok brief — because it goes beyond just our weekly content, but our mission of supporting students.

5. Am I the Drama?!? Temoc recreated a sound that we first saw on Duolingo’s TikTok — featuring a short of the main character (Mascot/Temoc) asking if he’s the “drama” for talking about TikToks during the entire marketing meeting.

This video received 2.6k views, 323 likes, 14 comments, and 10 shares. Nothing too special here — but was fun to integrate Temoc into this trend and share some insights on how our normal marketing meetings & email conversations typically go.

6. Temoc’s Take on this Dance Trend? I genuinely still have no clue what this trend was called, but the original video took off within the TikTok Community of this older guy taking a bite of hot food and doing his own dance. People saw it as entertaining and therefore it became a dance trend.

This video performed alright… however APPARENTLY he did not hit it correctly, following a few comments saying he didn’t hit a single beat correctly. Not sure if Comets have ears? So maybe Temoc just didn’t hear the music the same way as we did… or still doesn’t understand where people are dancing “to the beat” to in this sound — you decide. 😆

7. You Know It’s Your Girl! This TikTok sound & trend originated from a remixed interview of a host (Keke Palmer) and Megan Thee Stallion — a TikTok musician remixed it and thus was born the viral sound. With this trend being hot, we filmed Temoc at a university event featuring one of the desk’s staff members being the “hype queen” to hype up Temoc when he says “You know it’s your girl!”. The relatable content piece was about seeing your best friend randomly on campus. This TikTok received 6,000+ views, 581 likes, 14 comments, and 30 shares.

8. You’re Done, You’re Done! ☝ One of my probably favorite trends that have been going around is this sound of a guy saying “You’re done, you’re done.” — and I definitely have integrated it in my daily replies to my friends and colleagues. In this video, we had Temoc “bug” two students who were studying, who then reply saying that Temo’s “done” for trying to make TikToks with them while they’re grinding exams. At the end, Temoc is sad that his two new friends didn’t want to make TikToks with him and he’s crying with his overdramatic emotions. This piece was crafted to be relatable during midterms week for all college students.

9. Squid Games: Red Light, Green Light! 🚦 With the instant popularity Netflix’s show Squid Games received — numerous trends and remixes came to the TikTok Ecosystem, including this variation of a scene where people “freeze” and then run for their lives when it says green light.

Given it was Halloween and Temoc actually made his Halloween Costume based on Tobor (the Starship Delivery Robots on the UTD Campus), this was an excellent placement of tieing seasonal relevancy in with a trend. The caption was “pov: you order a robot delivery order” as Temoc stood up next to the robots in his matching cardboard box costume, and then took off. 🏃‍♂️

Poor TikTok Manager / Cameraman really said: 🏃‍♂️🏃‍♂️💨💨💨 — Here are some of my takes on this:

Halloween is over, it’s culturally accepted to start celebrating Christmas and the winter holidays on November 1st… right?? Here are our TikToks that we posted during the month of November!

10. Live, Laugh, Love’ing in these Conditions. 💔 For this popular sound, we placed Temoc next to one of the delivery robots and captioned it off of Temoc trying to high-five the robot, which the robot cannot physically-possibly high-five him back. In result, Temoc is sad and the caption even says “i dress up as you for halloween and you won’t even high-five me back?! 🥺😭”

This was a super easy video to shoot and pretty simple — the caption helps create a directional narrative for returning users connecting the dots of Temoc dressing up as the robot for Halloween and in return he receives no high-fives. 🚫🙅‍♂️

11. TikToks With Temoc! We hosted our first-ever in-person event for students to be able to make TikToks with Temoc in November! As we have received tons of comments asking to make TikToks with Temoc, we decided to make an official event and semesterly tradition! We had a good number of participants, and figured — what better way to advertise the event on-campus other than making a TikTok?! So with this sound that was going around at the time on TikTok, we give you — our advertisement video.

12. Ignoring Class Notifications. With the midterms season over and some of us already ready for the semester to be over, this “notifications” sound fits well with the idea of Temoc ignoring his notifications from his professors.

13. C-A-P! CAP!!! If you don’t know what “CAP” means, it essentially is calling something out from being true. This was another inspiration from Duolingo’s TikTok Channel by spelling out the letters C.A.P. and having a caption of something that you’re likely to *not* do/have true. So what better caption than a student saying they aren’t going to sleep through their early morning class?! This TikTok received 4,600+ views, 462 likes, 27 comments, and 24 shares.

14. WHY AREN’T YOU IN UNIFORM?! This sound isn’t really new at all, however figured it was a good evergreen piece to post having Temoc switch from his normal spirit wear to our orange uniform — a simple video and transition for us to repurpose on Instagram Stories when it’s game day.

15. Getting into the Holiday Spirit! 🎄 Fine, I guess it’s culturally acceptable to start celebrating Christmas once Thanksgiving has passed. We couldn’t end November without doing something festive to start the new month and winter holidays, so we filmed this fun trending sound + remix at The Star District in Frisco, featuring their HUGE Christmas Tree! Our pinned comment on the post was Temoc commenting “you think if i take it anyone would notice??” as UTD students typically comment about where Temoc is whenever he isn’t on campus.

Here are my takeaways from the content that we created during the months of October & November 2021!

The cool thing about social media, and TikTok specifically, is that it’s always changing. While you might implement a strategy or marketing plan at first — you’re always going to have to adapt for when things change. Something doesn’t perform well? Take note! Something does perform well? See if you can replicate it again without sounding like a broken record! With that being said — I want to note down a few things that I would love to see us accomplish & improve the next time I dive into a strategy breakdown for Temoc’s TikTok:

HEY CHECK OUT THESE COOL PEOPLE: Inspiration for this strategy brief was inspired by the *one and only* Among Us’ Community Director and a few content pieces inspired by the Duolingo TikTok Account. Both brands are true works of art.

This article was originally published by Eric Aaberg on erictigerawr.com. 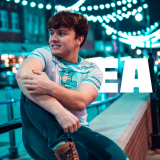